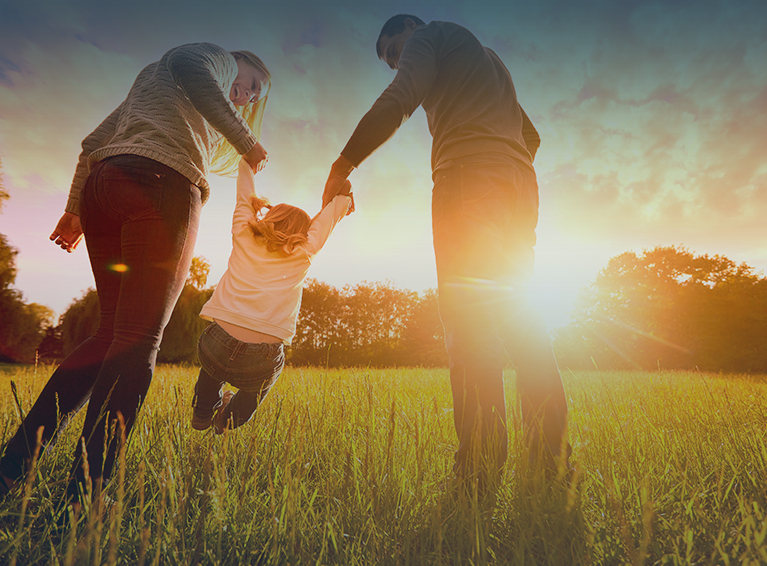 Transferring high-quality blastocyst embryos was supposed to be the answer to your fertility challenges.
However, these embryos have failed to implant or have only resulted in biochemical pregnancies transfer after transfer for you. Yet you are reassured that this may just be due to bad luck, and there does not seem to be a clear answer as to why this keeps happening.

1Why is it so hard to find an answer?
Unlike recurrent pregnancy loss where sufficient embryonic tissue can often be obtained and analyzed for chromosomal abnormalities, no further information can be obtained when a seemingly good quality embryo completely fails to implant or merely results in a biochemical pregnancy.

Because all the factors that regulate the process of initial implantation occur in a microscopic environment, there are no clinical tools to observe these events and to help further understand precisely where the crucial steps break down for each patient experiencing recurrent implantation failure.

Under these circumstances, trying to diagnose the causes of recurrent implantation failure is similar to the parable of the blind men and an elephant. Individual patients and physicians may cling to certain ideas or theories based on their personal experience which unfortunately cannot be validated or refuted due to the paucity of medical knowledge in this area. The competing and often contradictory theories further contribute to the confusion in this area of medicine.

Like the elephant in the fable, recurrent implantation failure may be a complex entity that cannot be understood in totality given the limitations of the currently available clinical tools. Perhaps if we can all keep an open mind, listen to each other’s experiences, respect different perspectives, and work together, someday we may be able to “see” the full elephant.
2When to suspect recurrent implantation failure?
Diagnosing Recurrent implantation failure has always been very difficult because we cannot observe the microscopic events that occur or fail to occur inside the uterus during the implantation period. This problem is further compounded by the fact that many good-looking embryos in the IVF laboratory may not actually be healthy or chromosomally normal. So between not having any certainty regarding an embryo’s actual implantation potential and the inability to monitor the embryo implantation process, it is really anyone’s guess as to why some embryos fail to implant after the embryo transfer procedure.

Under these circumstances, one has to have a good sense of mathematics and probability in order to be able to recognize what outcomes may be due to “bad luck” or “embryo quality issue” and what events are unlikely to be due to chance alone, suggesting that there may be some other factors interfering with the implantation process.

For example, most of us would not be alarmed if we get a tail on a single coin toss, but what about two tails after two tosses? And what about three tails in a row or four tails in a row? At what point does one begin to suspect the coin is not really a “fair” coin with a 50:50 probability of getting heads or tails? Mathematically speaking, perhaps somewhere around the 4th or the 5th tail in a row is where the outcome becomes less likely to be due to chance alone.

We can apply this analogy to failed embryo transfers. For women who are 30 and under, each grade A or B expanded blastocyst without preimplantation genetic testing for aneuploidies (PGT-A) generally has about a 50% probability of being the “right” embryo. So while we hope that each embryo transfer is successful, it is probably not “unusual” for 3 elective single embryo transfers with untested expanded blastocysts to not result in a successful outcome, even for women who are under the age of 30. However, it may be prudent to discuss the possibility of recurrent implantation failure with your physician if 4 or more blastocysts have all failed to result in a successful live birth as this would be less likely to be due to chance.

In the era of (PGT-A), we do expect a higher chance of success per embryo and therefore a lower chance of failed implantation because of the improved embryo selection process. The chance of a chromosomally normal grade A or B expanded blastocyst failing to implant is about 35%. So the probability table would be as follows:

As a general paradigm, the three elements that are necessary for a successful pregnancy include (a) a high quality/healthy embryo, (b) suitable and receptive endometrial environment for implantation, and (c) favorable immunologic interaction between the embryo and the maternal environment. Prior to the advent of preimplantation genetic testing for aneuploidy, the only measure of embryo quality was embryo morphology. However, we do know that embryo appearance, even at the blastocyst stage, does not provide very accurate information regarding the implantation potential and the viability of the embryo. Hence many physicians typically attribute recurrent implantation failure to the nebulous “embryo quality issue” and indeed this is often the most probable cause.

So the first step one can consider taking when facing the possibility of having recurrent implantation failure is to perform PGT-A on the embryos if that had not been done already during the past IVF cycles. Transferring chromosomally normal embryos as determined by PGT-A does not eliminate embryo quality as a potential cause of recurrent implantation failure. However, it does provide us with a greater precision in the embryo selection process compared to using embryo appearance alone. Recurrent implantation failures despite transferring chromosomally normal embryos warrant further investigation with the assessment of the endometrial conditions and possibly of the immune system.
4The Importance of the Endometrial Environment
As with the seed and soil analogy, the endometrium needs to be a favorable environment for implantation in order for a competent/healthy embryo to flourish.

Typically we assume that the endometrial environment is optimal if the endometrial cavity looks normal on a saline hysterosonogram and that the endometrium reaches 8mm or more in thickness on the sonogram with the classic trilaminar appearance. While this may be true most of the time, actual endometrial receptivity is determined at a microscopic level that sonograms cannot assess.

The endometrium is known to undergo constant changes to prepare for embryo implantation during the luteal phase after being exposed to progesterone. For some women, these changes may be delayed or completely arrested such that the embryo cannot find a suitable environment for proper implantation.

Causes of these types of endometrial receptivity abnormalities include dilated fallopian tubes (hydrosalpinx), endometrial infection, or endometriosis. Available tools for assessing the endometrial environment include hysteroscopy, endometrial biopsy for routine pathology assessment, bacteria cultures, and endometrial receptivity tests. These additional tools may provide more in-depth information about the endometrial environment that routine sonograms cannot.
5Chronic Endometritis
The medical condition, chronic endometritis, is often diagnosed amongst women experiencing recurrent implantation failure. However, its implications are somewhat unclear, and the treatment approaches can vary. Chronic endometritis is usually diagnosed by detecting the presence of a particular type of immune cells in the endometrium called plasma cells. However, this diagnostic approach does not actually confirm the presence of bacteria in the endometrium nor does it identify the actual bacterial species (if any) for antibiotic susceptibility testing. Despite this, doxycycline is still commonly used for the treatment of chronic endometritis.

Some physicians may just assume that taking a course of doxycycline is adequate for the treatment of chronic endometritis. However, can we really assume that doxycycline is the right course of treatment? Recent research studies showed that the most common types of bacteria that are isolated from the endometrium may be similar to those that cause urinary tract infections such as E. coli and Enterococcus or those that cause bacterial vaginosis such as Gardnerella. For these types of bacteria, doxycycline may not be the most appropriate antibiotic choice.

As a test-of-cure, some physicians may choose to repeat the endometrial biopsy after a course of doxycycline to verify that the plasma cells are no longer present. However, bacteria can be found through endometrial cultures or a highly sensitive bacterial detection method called polymerase chain reaction (PCR) in 80% of the endometrial samples that test negative for plasma cells (absence of chronic endometritis). So a negative test-of-cure by demonstrating that plasma cells are no longer present may not actually mean that the bacteria have been eradicated.

In addition, a recent study showed that bacteria could not be identified even with bacterial cultures and PCR in 35% of the endometrial samples that tested positive for chronic endometritis. Hence antibiotics of any kind may not be the right choice for some patients with chronic endometritis. The presence of plasma cells in the endometrium merely suggests the presence of inflammation, not necessarily an infection. For example, chronic endometritis has been found to be present in 40-50% of women with endometriosis. The source of inflammation in these situations may be due to an inflammatory process, but not necessarily an infective one.

Taking care of patients with Chronic Endometritis may require additional testing to make sure that the most appropriate and optimal treatment strategy is implemented.
6Endometrial Receptivity
Currently, the three clinically available tests for endometrial receptivity are the Yale Endometrial Function Test (EFT), ReceptivaDx, and the Endometrial Receptivity Analysis (ERA). They each use different markers to determine the “receptivity” of the endometrium. They also differ in terms of how endometrial receptivity is viewed: (a) abnormal receptivity on the ERA is a timing issue and therefore can be treated by adjusting the timing of the embryo transfer while (b) abnormalities on the EFT and the ReceptivaDx are viewed as the result of other gynecologic conditions which cannot be addressed by altering the embryo transfer time alone.

Unfortunately, there are no head-to-head comparisons of these three testing modalities, so it is not possible to conclude which test is “better.” Hence, it may be worthwhile to consider doing more than one endometrial receptivity test since they assess different markers and therefore do not always produce concordant results. However, the endometrial receptivity tests are often not covered by insurance and the cost of performing more than one test can be prohibitively high. You may want to speak with your physician regarding which test(s) may be most appropriate for you.
7Endometriosis and Endometrial Receptivity
On a cursory glance, patients with endometriosis undergoing IVF treatment seem to have the same chance of success as that of patients without endometriosis. This observation may suggest that women with endometriosis do not need any special considerations prior to embarking on their IVF treatment.

While many patients with endometriosis do experience successful IVF outcomes within one to two IVF treatments, those who do not may require additional testing. Endometriosis is associated with changes in the endometrium which include dysfunctional growth, increased level of inflammation, and decreased response to progesterone. These factors may all contribute to the reduced receptivity of the endometrium during the embryo implantation process.

Patients with a known diagnosis of endometriosis may want to discuss with their physicians regarding whether performing an endometrial receptivity test prior to the first embryo transfer is an option to consider. Given that endometriosis is often associated with diminished ovarian reserve, it may be a good idea to make sure that the endometrium is receptive before the embryo transfer, especially for the patients with a limited number of good quality embryos.